Had I Known How to Save a Life

I don't recall what radio station I was listening to when I first heard this song, but I do remember that I liked it. And as the days passed into weeks I heard it more and more and on what I thought was different stations. For me that's quite unusual. Sometimes I hear a Bon Jovi song on the alternative rock station and later the same song on the classic rock station. But crossovers between the Christian station and any others are pretty rare. So my curiosity was raised by the song performed by The Fray entitled "How to Save a Life" when I heard it played on the pop station and the Christian station. Another puzzling point that struck me was that the lyrics didn't really seem to have many strong Christian connections, other than the mentioning of praying to God. So I asked my friend Trevar to also look at the lyrics and give his interpretation. You can find his comments in his blog Explicating The Fray's "How to Save a Life" However, as I took a closer look at the lyrics my inkling that this was not actually a "Christian" song was greatly reinforced. The following is my interpretation of what this song is about.

Overall, the song tells a tragic story of the loss of a friend to either suicide or drug overdose and the events leading up to his death. Let's start from the beginning and see what the lyrics tell us. The song begins with what is commonly called an intervention. Why the intervention is being called is not made clear, but the awkwardness of the situation is apparent in the first verse:

The first step is getting the friend to sit down and have a serious talk. The gravity of the discourse and the unwillingness of the friend are evident by the narrator's need to assure the friend that what will take place is "just a talk." The friend agrees and proceeds to "smile politely back at" the narrator as the narrator "[stares] politely right on through." Although the two are close friends the pair must strain to be polite to one another. We can assume that the awkwardness of the situation is caused by both of them hearing things that they didn't want to hear as we will see in the second verse.

As the duo strains to be polite to one another we get the first hint that the intervention will end poorly "as he goes left and you stay right." The narrator will not diverge from his path, but neither will the friend and from here their paths diverge forever. As the intervention gets rolling the narrator tells us that he must balance "between the lines of fear and blame" struggling not to blame his friend but fearing that he will not reveal enough to convince his friend to change. By the end of the first verse things do not look good as the narrator "[begins] to wonder why [he] came."

The chorus, repeated after each verse, is a retrospective lament of the narrator's failure to save his friend:

Where did I go wrong, I lost a friend
Somewhere along in the bitterness
And I would have stayed up with you all night
Had I known how to save a life

The second verse takes us back to the intervention:

The final verse brings us to the end of the intervention. It is here that the friend replies to the narrator's accusations and condemnations as the narrator lays out an ultimatum:

As the friend raises his voice in anger, the narrator presents him with a choice. Either the friend will continue down his self destructive path until he loses the road and destroys himself or he can abandon that road and try to break his deadly habits. The narrator knows that he has forced his friend into a corner where he will either "admit to everything" and accept responsibility for his actions "or he'll say he's just not the same" and cut his ties to the narrator as he continues to pursue his vices. The verse does not tell us explicitly which one he will do, but things do not look good as the narrator "[begins] to wonder why [he] came."

The title of this song is misleading in that it does not speak on the subject of "how to save a life" but rather laments "had I known." Had he known how to save a life the intervention would have been the turning point for his friend and not the last warning sign before his senseless suicide or drug overdose. What appears on first listen to be an uplifting song that tells us how to save the lives of our friends turns out to be a dark lament of a failed intervention, a failed friendship, and ultimately a failed life.
Posted by The Real Matt Davis at 10:33 PM 2 comments: 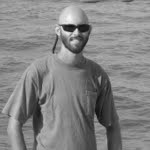